Established in 1902 to promote motorsport and represent the Lancashire motorist the Lancashire Automobile Club is recognised as the second oldest motor club with a continuous history. Other clubs can trace their roots back to before the turn of the century but cannot show the unbroken history of the LAC.

Throughout its history the LAC has represented the grass roots enthusiast with road events and speed events being the staple fare. The club has also supported larger regional and national events including a proud association with the RAC Rally of Great Britain in its many guises.

As well as being the home of many competitors in the rally, including the likes of Tony Fall, Mike Wood and Stuart Turner, the Club also has organized many of the classic Lake District stages including Whinlatter and Grizedale. The tradition continues to this day with the LAC marshalling six sectors, including stage starts and time controls on the Wales Rally GB.

The Club has its own road events including organizing the Illuminations Rally in the 1950’s and 60’s as well as the Demdike and New Year Rallies. With the tightening of road event regulations the Club has moved to Veteran Vintage and Classic events in recent years. The trend was started in the 1960’s with the Manchester to Blackpool Veteran Vintage Car Run which has an unbroken history of over 50 events later joined by the Coast to Coast Classic, the Fellsman, St Georges Day Run and the Highland 3 Day Tour. These events form the backbone of the Clubs road events but other events are added to the calendar from time to time.

Such is the Clubs reputation in these matters that it was approached by Jaguar Motors to organize all the road events in their commemorations of the 100th anniversary of the birth of their founder, Sir William Lyons. This involved staging five road events on one week for competitors from around the world. All this in the middle of the ‘foot and mouth’ epidemic!

More recently Vauxhall Motors asked us to re create the Waddington Fell Hillclimb from 1912. This was the first competitive event for the fabled Vauxhall 30-98. Indeed the event was won by the first ever 30-98. For the recreation over 30 Vauxhall 30-98s enjoyed a run up the hill whilst the road was closed courtesy of Lancashire Constabulary.

For many years sprinting and hillclimbing has been a core Club activity. In recent years the Club has staged the 3 Sisters Sprint to a unique two lap layout. In the past pioneering events have included Tholt-y Will in the Isle of Man, Scammonden Dam, Woodvale, Longridge, Shap Wells and Blackpool sprints.

It is interesting that the Club was able to develop some of these venues. For example Woodvale hosted the first Drag Meeting in the UK with the Club bringing over some of the top dragsters from the States. Longridge was quickly developed from a simple sprint venue to International 2CVacross and motor racing. The lap record was eventually lowered to less than 24 seconds with a 12 car grid.

On the social side the Club does not hold regular monthly meetings, the membership proving to dispersed geographically. Instead an annual Diner Dance and Prize giving is staged together with additional high profile events being staged from time to time. The ‘Sportsman Luncheons’ have become an institution amongst motor sports enthusiasts in the North West with high profile speakers including Stuart Turner, Paddy Hopkirk, Mike Wood, Tony Fall, Brian Redman, Barry ‘Whizzo’ Williams, David Piper, Richard Attwood and David Richards.

Proud of it’s 110+ year history and forward looking the LAC continues to honor its founding principles “to promote motorsport and represent the Lancashire motorist”. 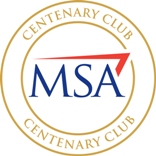 Membership is open to all interested persons on an individual basis and, for a small extra subscription, associate membership is extended to the members wife/husband/partner and to all their children under the age of 18 living at the same address. Membership provides priority booking for all LAC events and a £5.00 discount for entry to all LAC road events plus copies of the periodic LAC Newsletters and allows members to take part in all competitions confined to club members for which a Competition Licence, issued by the Motorsport UK is not required.