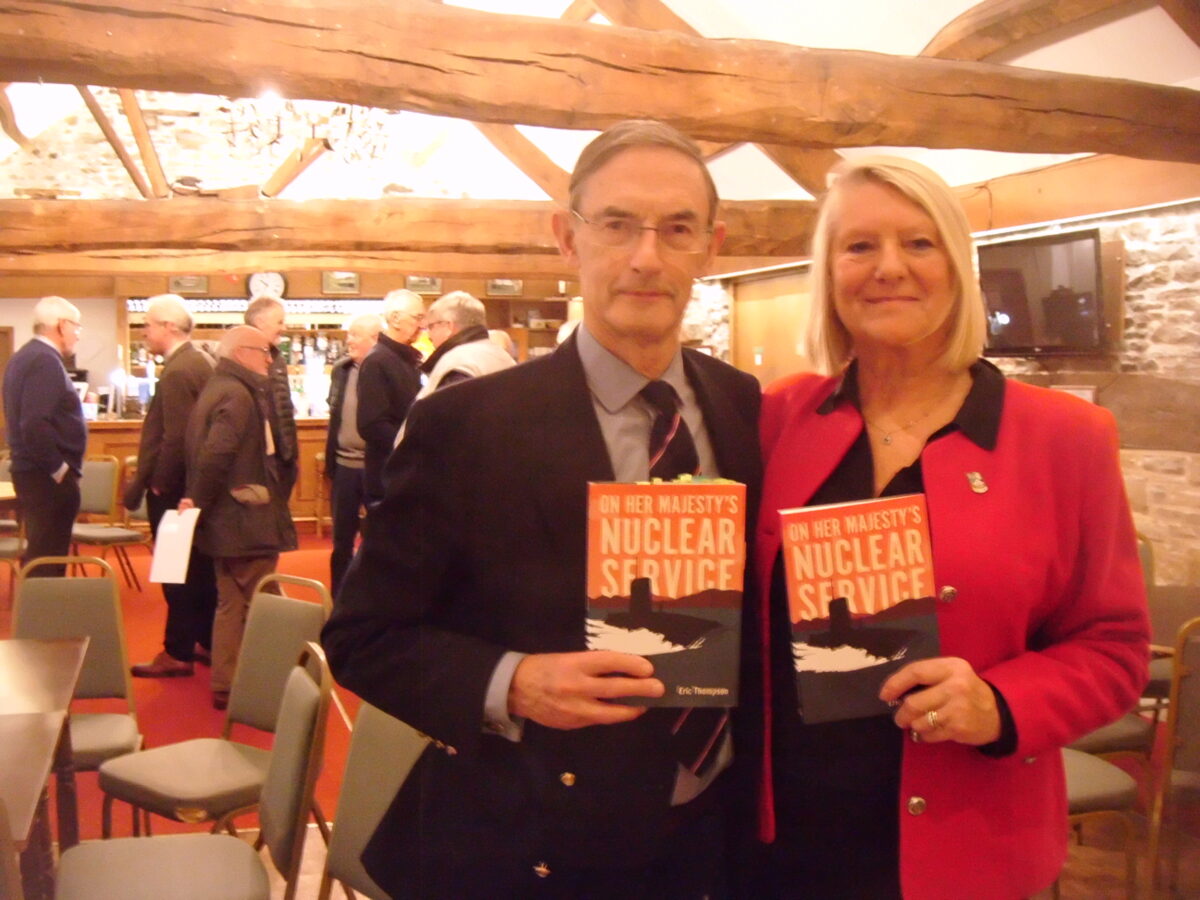 Motorsport Supper Evenings have been a part of the LAC social scene for many years, but this year the Club deviated to bring a very interesting talk to members and guests.

Social Events` Secretary, Carolyn Taylor invited an old friend  to come down from Argyll and Bute, to talk about his highly successful book, On Her Majesty`s Nuclear Service (title with approval from the Admiralty) and discuss the Cold War and the part played by the submariners.    Commodore Eric Thompson MBE. RN. Rtd. played a video, discussed operations, conditions and had some amusing stories.  The thing that seemed to “stick” with most people was that only three people on the boat knew their location at any time, and they could be away anywhere, including under the Arctic for up to 2 months.    A large box of the books was on display, and every single copy was personally signed and sold as the audience left.

The event was a total sell-out, ticket sales had to be stopped, to make the environment safe for the visitors.    The Golf Club served up their wonderful pie and peas supper.     Eric was given a payment for expenses for coming down to Lancashire, but handed it back, and asked for it to be given to “Blood Bikers”, one of our favoured charities, as he had not heard of them, and thought it a brilliant, volunteer charity.    He graciously accepted a very nice framed “Classified” ticket copy with thanks from the LAC, and a bottle of homebrew in the form of a rather special single malt whisky, when thanked by Martin Wylie for a fascinating and most interesting evening, which we were privileged to have enjoyed.