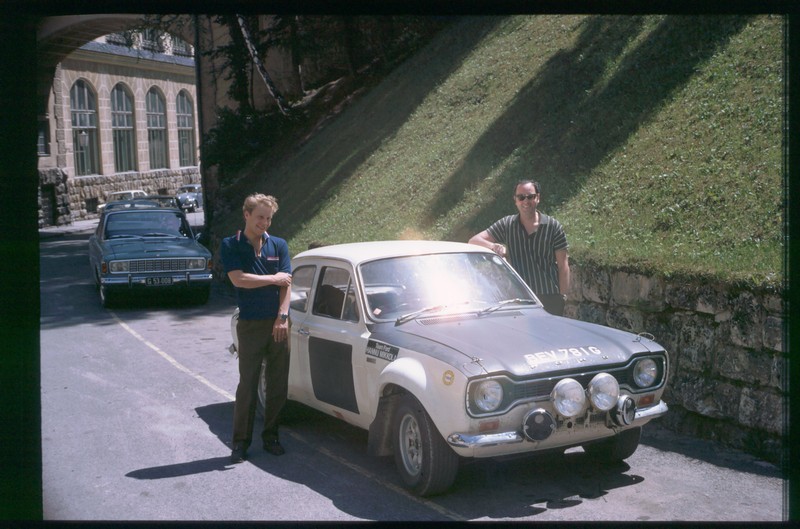 I got to know Hannu quite well more or less when he first came onto the International Rally scene driving on a couple of events or so for Datsun. He was already recognised in his home country of Finland as a up and coming driver and maybe because of my own connection with established Finish drivers, Timo Makinen, Rauno Aaltonen and Simo Lampinen, just to name a few, we immediately connected with each other. At the end of 1968 and because of the British Leyland take over, BMC closed the Competition Department, this meant that almost all the established drivers and co-drivers were out of jobs. However, the Ford Competition Department at Boreham already had their eye on Hannu and signed him up for the 1969 season. They of course needed a co-driver/navigator to sit alongside him and I am pleased to say that Roger Clarke, already a established member of the Ford Rally Team recommended myself as a suitable applicant. I was duly interviewed by the then Ford Comp Manager, Bill Barnet and because of Roger’s recommendation and presumably my own International Rally experience I was offered the position of co-driver to Hannu, an offer I immediately accepted. The full Ford Works Team for 1969 were Roger Clarke and Jim Porter, Ove Anderson, I can’t remember his co-driver and Hannu and myself.

At the end of 1969 my contract with Ford was terminated and I was replaced as co-driver to Hannu with fellow Scandinavian, Swede, Gunnar Palm. Ove Anderson’s contract was also terminated and he was replaced by Timo Makinen. I actually never found out why I was not retained although I think pressure may have been brought to bear by Ford Sweden for Gunnar to sit with Hannu. I have no qualms about this, Gunnar was one of the very best co-drivers around and he was and still is a very good friend of mine. Hannu and Gunnar continued together with huge success, one of which was their win on the 1970 World Cup Rally.

Hannu Mikkola was one of the best drivers in the world and at the time he was competing, probably the very best. Apart from his driving skills he was also a lovely guy, great sense of humour and very easy to get on with, I cannot remember us having a cross word when we were together. We always remained friends and it was a tremendous shock when I heard that he had died, I will sadly miss him. 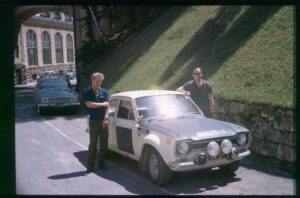