The 4th Motorsport Luncheon went off very well indeed and the event was sold out shortly after tickets were made available. Held at the Stirk House Hotel in Gisburn the 2006 guest speaker was none other than David Richards. To find out more see the event report below.

The Luncheon followed the same, highly successful format, as the three previous events held in 1997, 2000 and 2003. Following a traditional three course Sunday lunch, guest speakers of notoriety are invited to recall entertaining anecdotes of their motoring past and present – memories and libel laws allowing!

Tony Fall (Yorkshire) and Mike Wood (Lancashire) started the ball rolling in 1997. They were followed three years later by Paddy Hopkirk and Stuart Turner and last time it was local super star racing driver, Brian Redman. In 2006, we were proud to announce that the Club was delighted and honoured to have none other than David Richards as the guest speaker.

David’s record is formidable. After starting navigating at grass roots level in the 1970’s, he became a professional rally co-driver competing for the factory Leyland, Opel and Ford teams. While at Ford, he co-drove Ari Vatanen to victory in the British and Scandinavian Championships, and finished his competition career by winning the World Rally Championship title with Vatanen in 1981.

Following the World Championship year he devoted his time to developing his business interests, which led to the formation of his own rally team and the creation of Prodrive. Under David’s direction, it has grown into one of the worlds leading independent motorsport and automotive technology businesses. In the 2005 New Year’s honours, David was made a Commander of the British Empire, CBE, for his services to motorsport.

Apart from winning six World Rally titles with Subaru, Prodrive have been involved with BMW, Alfa Romeo and Ford, winning five British Touring Car Championships, they also managed a class win at Le Mans with Ferrari. However David is presently better known for his involvement with Formula 1 after spells in charge of Benetton (1997-98) and BAR (2002-04) when BAR finished as runners up in the 2004 F1 Constructors Championship. At the moment, if the motoring press is anything to go by, it would seem that Prodrive and David Richards are gearing themselves up for a full F1 assault, possibly scheduled for 2008. 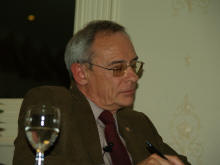 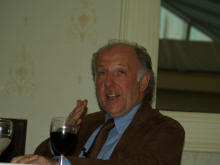 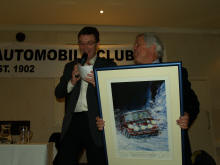 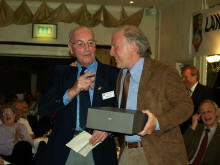