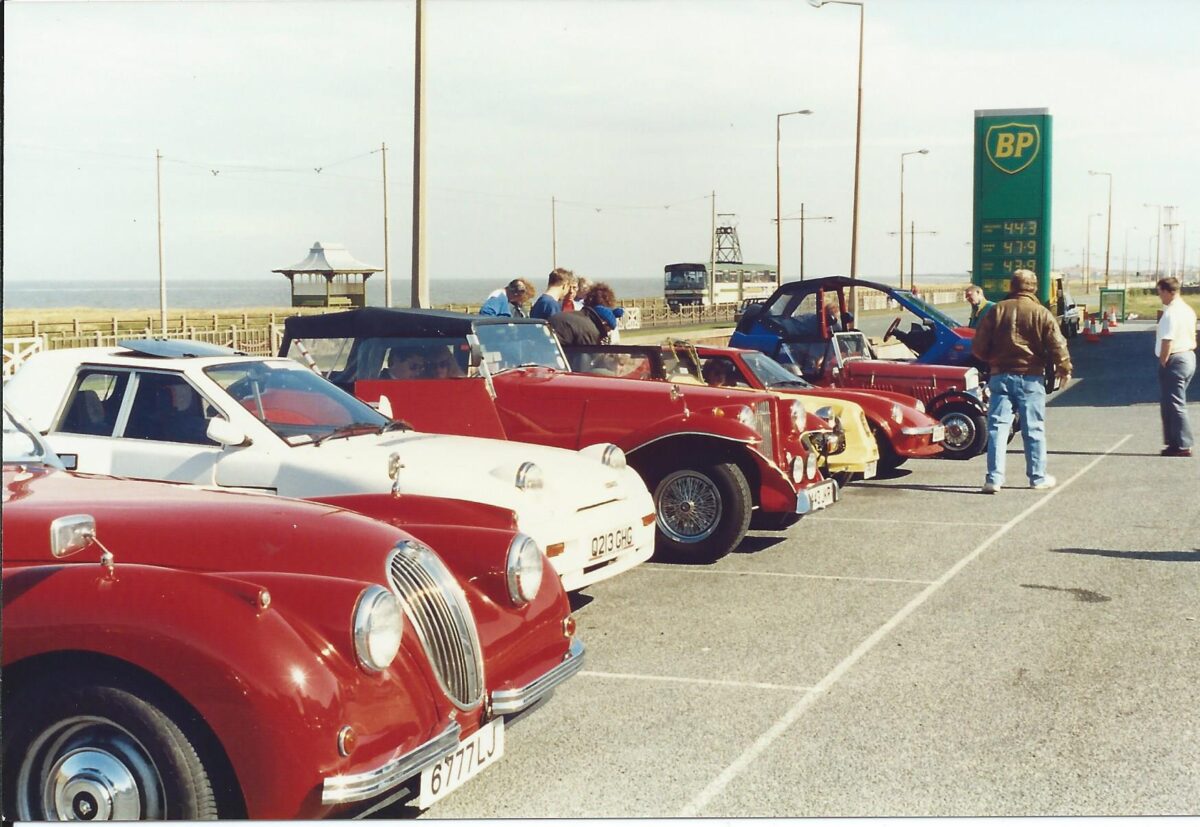 The First Coast to Coast!

As Mike Wood will tell you anytime this month we were due to run our 28th Coast to Coast Classic Car Run. Mike ran the Lancashire Automobile Club’s first Classic Car Run from Blackpool to Scarborough but that’s not the whole story!

Long before Mike’s run for Classic Cars, in 1991, the Club ran a run not for Classic Cars but for Kit Cars from Blackpool to Scarborough. The run was thought up by Anthony and Carolyn Taylor after a discussion with Chris Lee.

At the time Chris was involved with a life assurance society, the Scottish Legal, who had sponsored the LAC Doninigton Sprint as well as Chris’s XR3i which he had competed in the club’s sprint championship. The Directors of Scottish Legal wanted an event to give publicity to their annual conference to be held in Scarborough. The previous year the conference had been held in Blackpool so running an event from Blackpool to Scarborough made sense.

This all tied in with Anthony and Carolyn’s involvement with Kit cars and their contacts locally garnered via their own Aristocat Jaguar 120 evocation.

So Chris got on with designing a route and venues along the way which had to have a reasonably timed start in Blckpool, a lunch halt and an arrival time in Scarborough to meet the Directors time constraints.

We had a good relationship with the then manager of the Norbreck Castle Hotel so that was the start venue in Blackpool and the finish was arranged at the Scarborough Spa with adequate parking reserved. Carolyn arranged a lunch halt at the Devonshire Arms at Bolton Abbey so all that was needed was to link the three up with a mileage to ensure a finish at Scarborough on time.

So at 09.00 in the morning a fine array of Kit cars lined up at The Norbreck Castle Hotel Blackpool ready for their journey over to Yorkshire. The cars ranged from a 602cc 2 cylinder Lomax 3 wheeler to the mighty 4.2 litre 6 cylinder Aristocat. Quite a difference in performance and capabilities!

Following a briefing from Anthony Taylor the cavalcade set off in bright sunshine for the lunch halt at The Devonshire Arms using mainly B roads and the A59.

By the time they reached the Devonshire Arms the weather had closed in and there had been some rain so it was hoods up for the second leg to Scarborough.

The route then went over Blubberhouses towards Harrogate then north past Ripon and on to Thirsk before the cars tackled Sutton Bank. For those who don’t know Sutton Bank it is The A170 runs up the bank with a maximum gradient of 1 in 4 (25%), and includes a hairpin bend just to add to the challenge. Vehicles have to keep in low gear whilst travelling up or down the bank, and it is considered so bad that caravans are banned from this length of the A170.

After completing the climb, the cars stopped for a bit of a breather at the top of Sutton Bank and enjoyed the views before pressing on to Scarborough.

Then out on the A170 through Helmsley and Pickering then on to Scarborough. The weather was now light drizzle but the crews of the cars were in fine spirits as we were met be the Directors and civic dignitaries at the Spa. 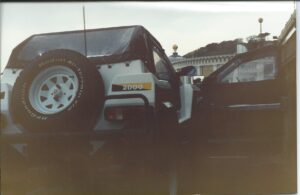 OK so it wasn’t a ‘Classic Car Run’ but it laid the foundation of many runs to come which used the Norbreck Castle for a starting point and finished at the Spa in Scarborough. Over the years things changed and we sought places new to start and finish to give a choice of new and more interesting routes.

One thing is certain at no point on that did we realise that Mike would pick up that mantle and organise an event which has now gone on for 27 years and after a break this year will be back in 2021.

Many thanks to all who organised and took part in the event.