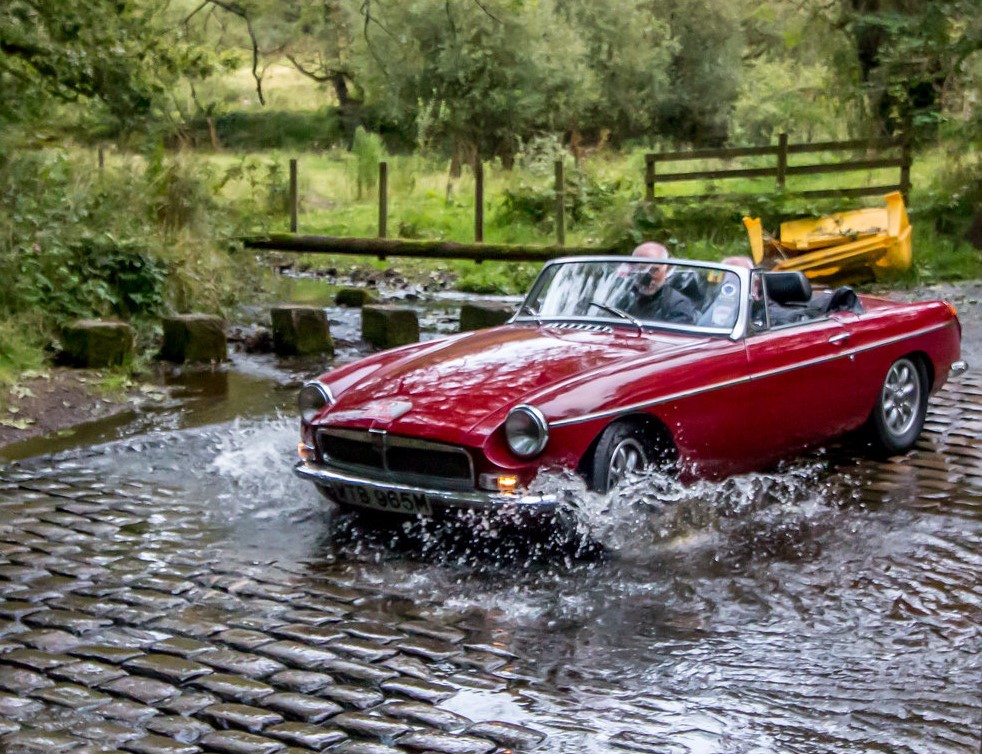 It was into the early evening on the 10th September that 28 motors departed Whalley Golf Club.

The aptly named event was organised by Lancashire Automobile Club members Alan Ridehalgh and Andy Stanworth to provide a little plotting and navigational exercise around a 54 mile route. This followed on from a recent ‘Taster’ event, keeping the format relatively simple to encourage those less experienced at these events to have a go.

Flagged off at one minute intervals, the entrants made their way to the first control, just off the A6068 Padiham bypass, where ‘Porkys’ mobile cafe is to be found – surprisingly not open for business at 6.30pm! Here we were briefly held whilst a 10-question challenge was thrust through the navigator’s window. Only 60 seconds allowed for this motorsport-based brain teaser, I can barely read that fast, let alone think!

What was effectively a transit section took us to Haggate above Brierfield before heading for Trawden via Catlow Bottoms, where the ford provided a great location for Dean Williams to photograph the cars through the water splash.  Arriving at Laneshawbridge, we headed east to the Yorkshire border before turning north to go via Lothersdale and Broughton, all the time keeping alert to spot the code boards, essential to confirm our passage along the correct route. But just to maintain the pressure, additional observational demands were made in the form of clues to be noted.  My navigator who shall be obeyed (my wife Sue) expressed displeasure at my inability to slow sufficiently to pick up the name of the Vicar of ‘wherever’ displayed on the ‘wherever’ church notice board!  Spotting these clues became more of a challenge as the gloom set in.

The route took us west on the A59 passing East and West Marton, but care was needed to identify the tiny grass triangle separating two acute right turns – yes there was a code board on the correct leg!  Now heading for Hellifield, but not quite getting there, sharp left down to Halton Bridge and more dastardly clues to pick up.  Headlights now on to illuminate very narrow lanes and the odd wayward critter, we followed a less than direct route to Bolton-by-Bowland, and just for good measure – pub names now to be noted (not visited).

Via Sawley, and briefly on and off the A59 to go through Chatburn and Downham to complete a loop through Worston and back onto the A59.  Nearly there we think. Up and over the ‘Nick’ (of Pendle) to be flagged into the final control off the road on the descent to Sabden. What’s this – another sheet of 10 questions?  Brains were scrambled and responses pathetic – let’s get back to the Golf Club and find the bar!

Supper was served and exploits/excuses exchanged. What a great night – well organised and executed and entertainment for all. 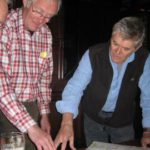 PS If you want to see more photos from the event Dean Williams was out at the ford on the night.