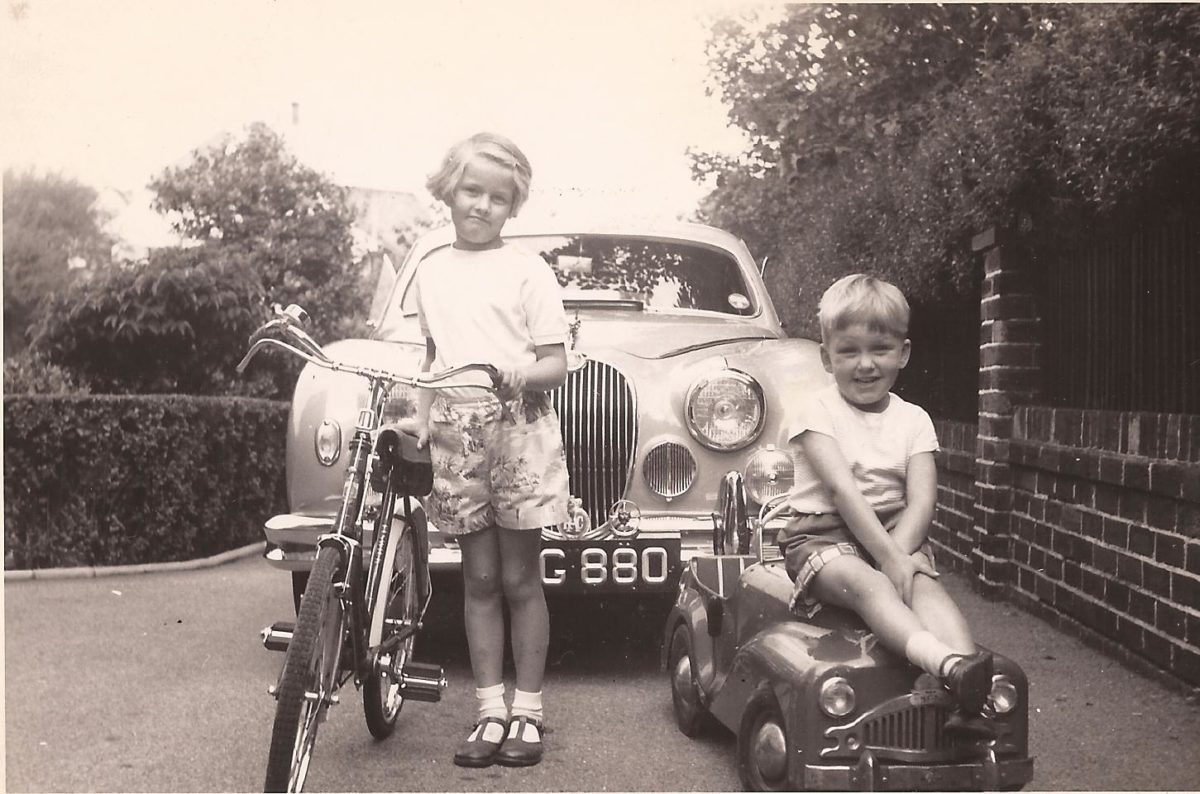 The 2.4 and 3.4 later known as the Mark 1 is one of the forgotten cars within the Jaguar range. When it was originally launched as the 2.4 in 1955 it was an instant success. Later in 1957 when the 3.4 was launched there can be no doubt that Jaguar had single-handedly opened up a completely new car market, the compact high performance saloon car. The 3.4 had the looks, 120 mph top speed, reputed 210 bhp, blistering pace and disc brakes to stop it. It was driven by the stars of the day and the everyday transport for the Formula 1 World Champion Mike Hawthorn. It was the equivalent of the BMW M3 or Audi A4 Sport.

As soon as the Mark 2 was launched in 1959 no one really wanted a 2.4 or 3.4 anymore. It has become a rare car, a perfect example of Jaguar’s ambition in the 1950’s but, it should never be forgotten that without it there would have been no Mark 2, which was such a commercial success for the Company. There have been three Mark 1s in my life:

As with most classic car enthusiasts you are usually drawn to the cars of your childhood or youth. When my father bought HHG 880 he was probably the perfect target customer for Jaguar. He was in his 30’s with two young children, after an Armstrong Siddeley, Jowett Javelin and a Mark 7 Jaguar, not necessarily in that order, the 3.4 must have been a revelation. I was three years old when the car was bought so we had it for those formative years for a boy when cars are special. It was a light grey colour with a red leather interior.

I always insisted that I sat in the front of the car, but at three and four years old I was too small to see out of the front windscreen. My father had a small four legged wooden stool made for me which fitted snugly between the two

front seats above the transmission tunnel. This was possible because the handbrake for the Mark 1 was between the driver’s seat and driver’s door. Nowadays people would be horrified by the thought of a child on a stool in the front of a car. But we did thousands of miles without any problems, though I do remember my father’s left arm holding me back if he had to brake sharply.

For a compact car there was plenty of space. I remember that my bike was put in the back; it fitted upright between the front seats and the rear seat. Sometimes my Grandfather was with us and he had to sit in the back with my bike whilst I was in the front.

My older sister and I had a long running competition on who had been driven the faster in the car. I could only claim 107mph on a three lane straight road near what is now British Aerospace in Samlesbury. Nowadays when I drive on this road it is a wide two lane road with two sets of traffic lights on it and a 50mph speed limit. I wonder whether this is an example of the last care-free years of motoring, or was my father being irresponsible. He certainly did not seem so to me at the time, it was all very exciting!

When we stayed with my Grandparents at the weekend in St Annes I would help clean the car, my responsibility was polishing the leaping Jaguar mascot and cleaning its teeth, as well as polishing the two chrome tail pipes. If I was lucky I was taken out for a drive down the lanes near the market garden area. I sat on my father’s knee and steered the car. Other times I sat in the passenger seat and changed gear when told, so I suppose I can claim that I mastered the Moss gearbox from an early age.

Sadly in 1963 the time came to sell the car but I always remember that car with great affection knowing that one day I would have a Mark 1.