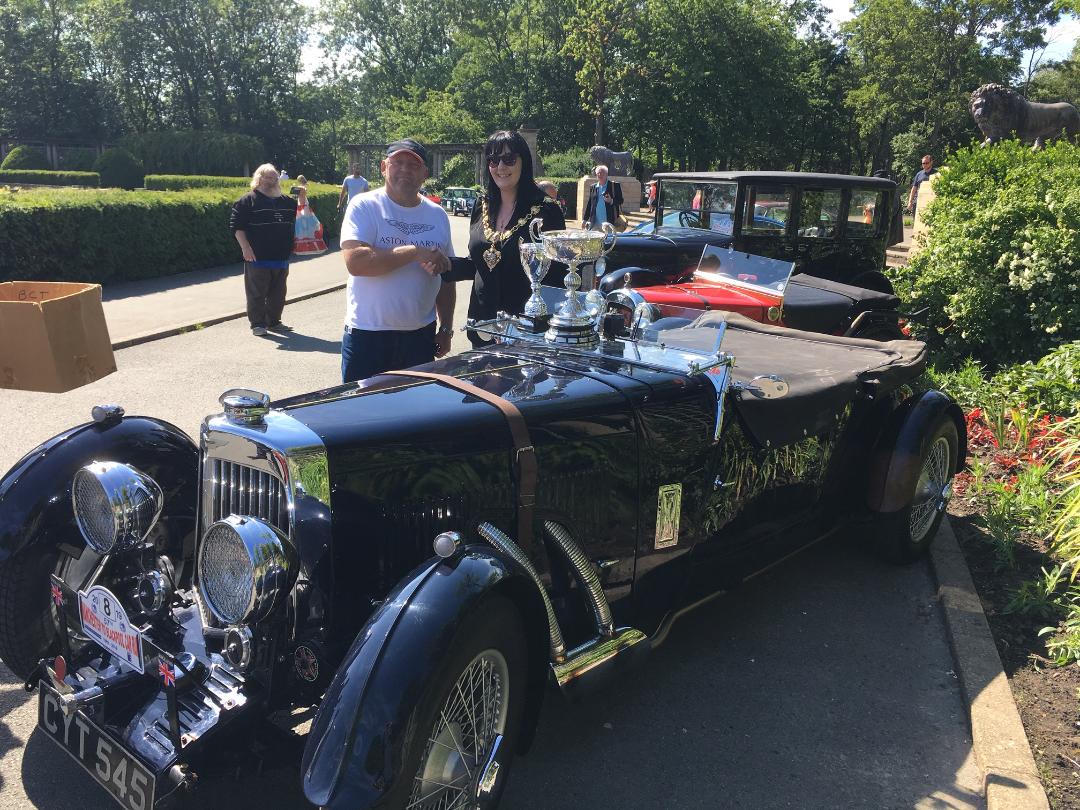 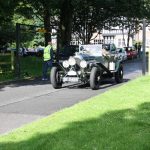 The Lancashire Automobile Club must live a charmed life at present (here’s hoping it continues on July 13th!) for after our escape from storm Hannah on the St Georges Day Run we got the only dry day for weeks (and weeks) for our Manchester to Blackpool.
As usual the organisers had found some ‘new’ roads for the entrants to enjoy and had a new coffee stop lined up (at the very last minute following the sudden closure of The Duke of Wellington) 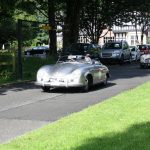 . More on this later!

The start was from Worsley Old Hall who opened early to serve coffee and refreshments. The entry included 16 pre war cars amongst the 54 entrants. As usual we had two intertwining routes with a Direct Route (avoiding steep inclines and somewhat shorter) and a Scenic Route (more challenging to car and driver with a somewhat longer mileage and higher expected average speed).
Both routes ran out from Worsley and up onto the A6 before going through Lostock to the Bolton Ring Road. Here the routes split with the Scenic going up to Belmont and across to Chapeltown before joining the Direct route which had followed the ring road before going towards Ramsbotham.
After meeting up the routes ran past Helmshore Mill and onto the Grane Road to the coffee halt and Control. Unfortunately the manager was expecting us at 09.00 (we don’t know why as we had said 10.00!) and was not happy. He then stopped serving coffees as he said he had to prepare for the lunch opening. These things can happen when you are on the last minute organising things but it does mean we are looking for a new venue next year. Many thanks to the marshal crew who kept things moving with the minimum of fuss.
After the Coffee halt the routes again split with the Direct Route following the Blackburn Ring Road and then up to Mellor. In the meantime the Scenic Route ran out to Sabden and over the Nick o’Pendle to travel through Great Harwood and rejoin the Direct Route at Mellor.
The two routes then went through Cuerdale and Lostock Hall to our traditional control at Bowker BMW and MINI, Preston Dock. They were then on the home run travelling south of the Dock and out to Freckleton on their way to a Control at Wrea Green. From there it was onto Lytham and Blackpool for a finish at Stanley Park where the finishers were greeted by the Mayor of Blackpool. The first cars arrived just after 13.30 in time to be judged for the Concours.

The weather was fantastic for the presentation and the following received Concours Awards: 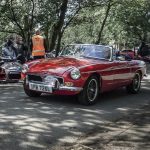 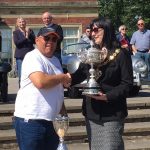 Ian and Sue Thompson – Car 8 Aston Martin Le Mans Tourer
As always many thanks to all involved.
PS on the way home the heavens opened -yes we were that lucky!